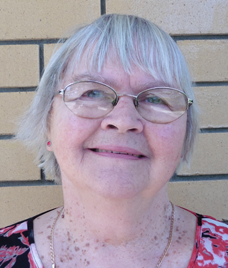 In 1953, I arrived in New Zealand as an 11 year old from Odense Denmark, with my family. We arrived in Wellington, and was amazed by all the wooden houses everywhere.
Then we caught the night train to Auckland which was very exciting. Going through the countryside seeing big hills and mountains after the flatness of Denmark was strange. I spoke absolutely no English, so it was hard to start with.

After a month, the school year began and I started at Panmure Primary in standard 4. My teacher, Mr Perry used to get me up to his desk when the class was busy, and I would read aloud to him out of a storybook about a ginger cat and he would correct my pronunciation. I had two Danish boys (Finn Rohde and Jørgen Fogde) in my class, but they were not allowed to help me unless I was in real trouble. After 3 years there I went on to college, picking up both French and Latin as well.
We joined the Danish Society almost straight away and made some new friends. Living in Mt Wellington was also a help as there were so many Danes in that area. I also made NZ friends who loved coming to our place mainly I think to taste all the ‘strange’ food we had, æbleskiver and open sandwiches were especially popular.

I learnt to play different games too, no Hønseringe or playing with a ball against a wall, which was popular in Denmark at that time. Instead it was netball and cricket, which we had never heard of.
Homesickness was also something we had to learn to deal with. It helped when our 2 big boxes arrived and we had Danish books to read again, and some of our favourite things. We also got new bikes for birthdays that year and this was something we had always had so it was great to be mobile again. Joining Guides and Scouts was also a way of mixing and making new friends.