A 10 year old Danish Girl at Richmond Road School in 1956. Children are the best teachers 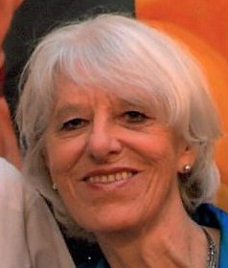 The first Monday after we arrived in New Zealand, late March 1956, I together with my older sister Inge, and younger brother Svend, was sent to Richmond Road School. A short walk down Norfolk Street brought us to a big yellow wooden school with a large asphalted playground. Being at school without understanding what was being said became for me an experience of “going to school without going to school”. I was used to formality in a large school with children from ages 7 to 17 with emphasis on discipline, learning, competition and conformity. For the first time in my life, the seriousness of school was lost, for the teacher at the front of the classroom could not communicate with me. So who becomes the teacher?

My fellow pupils intuitively knew that communication was more than words. They became my tireless tutors, identifying objects, coaching me to pronounce new words and were rewarded by my stuttering attempts to imitate. I shall never forget Glenys, the girl who made me a book of English words. Words such as desk, rain, and chair were written in pencil with a drawing attached in colour. She had bound it together with a huge stitch of red wool. I loved that book and kept it close to me learning all the words by heart. Her efforts speeded my learning.

I was allocated to Standard 2 because Eric Pedersen, born in New Zealand to Danish parents could speak Danish. At age 10 years, I should have been in standard 4, so I felt the children very young. It was Eric’s responsibility to translate the teacher’s instructions. Soon we created our own little world of games and stories. I distracted Eric from his work for I had lots of time to fill in. He was bright enough to catch up. I could not read the books but maths was easy. Sometimes we were told to stop talking but I was fortunate not to understand. One day, the large bosomed, Bible in School teacher, told us off, for talking. Eric had legitimately translated her story. She asked me a question, which I could not understand. The class began to call out to her; they were obviously talking about me, telling her that I could not speak English. I was embarrassed but the class was triumphant, they defended me. It was like watching yourself, a surprised and reluctant central character, in a silent movie. To my horror, I was sent to the New Entrants class or Primer 1, for reading. I was twice the size of the five year olds but half as able to read their language.

When I could not understand the words of “Janet and John “the teacher became cross. Slowly “Janet and John” became real and the awkwardness of feeling like Gulliver was lost to the satisfaction of understanding and achievement. My younger fair-haired brother, age five was taken under the protection of a fellow five-year-old Maori boy. Those two became inseparable friends. It was my brother’s good fortune to be initiated into the school system by an insider who knew the rules but could defend him, as he had a number of older brothers at the school. After three months, we shifted out of Ponsonby to a new housing area in Mt Wellington and suddenly my view of New Zealand was forced to change. Richmond Rd School may not have given me a brilliant push into the academic world but it was an important experience in my life that I treasure to this day.